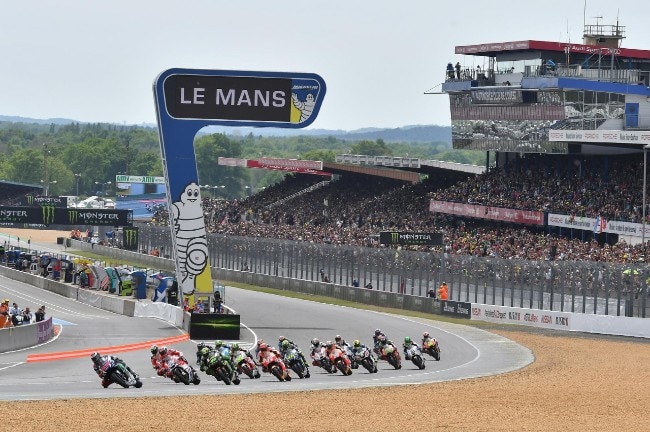 THE CIRCUIT:
The French city and circuit of Le Mans are synonymous with motorsport – having hosted two and four wheel races and endurance events for many years. Le Mans first held a motorcycle Grand Prix event in 1969, when the great Giacomo Agostini won the 500cc race, lapping all the other riders on his MV Agusta. The modern circuit has been a permanent fixture on the MotoGP™ calendar since 2000. Local French fans are knowledgeable and passionate about their racing, with a boisterous atmosphere at races. French riders of different eras and in different classes such as Johann Zarco, Christian Sarron, Olivier Jacque, Arnaud Vincent, Guy Bertin, Randy de Puniet and Mike Di Meglio have brought their country race wins and titles, adding to France’s significant racing heritage.